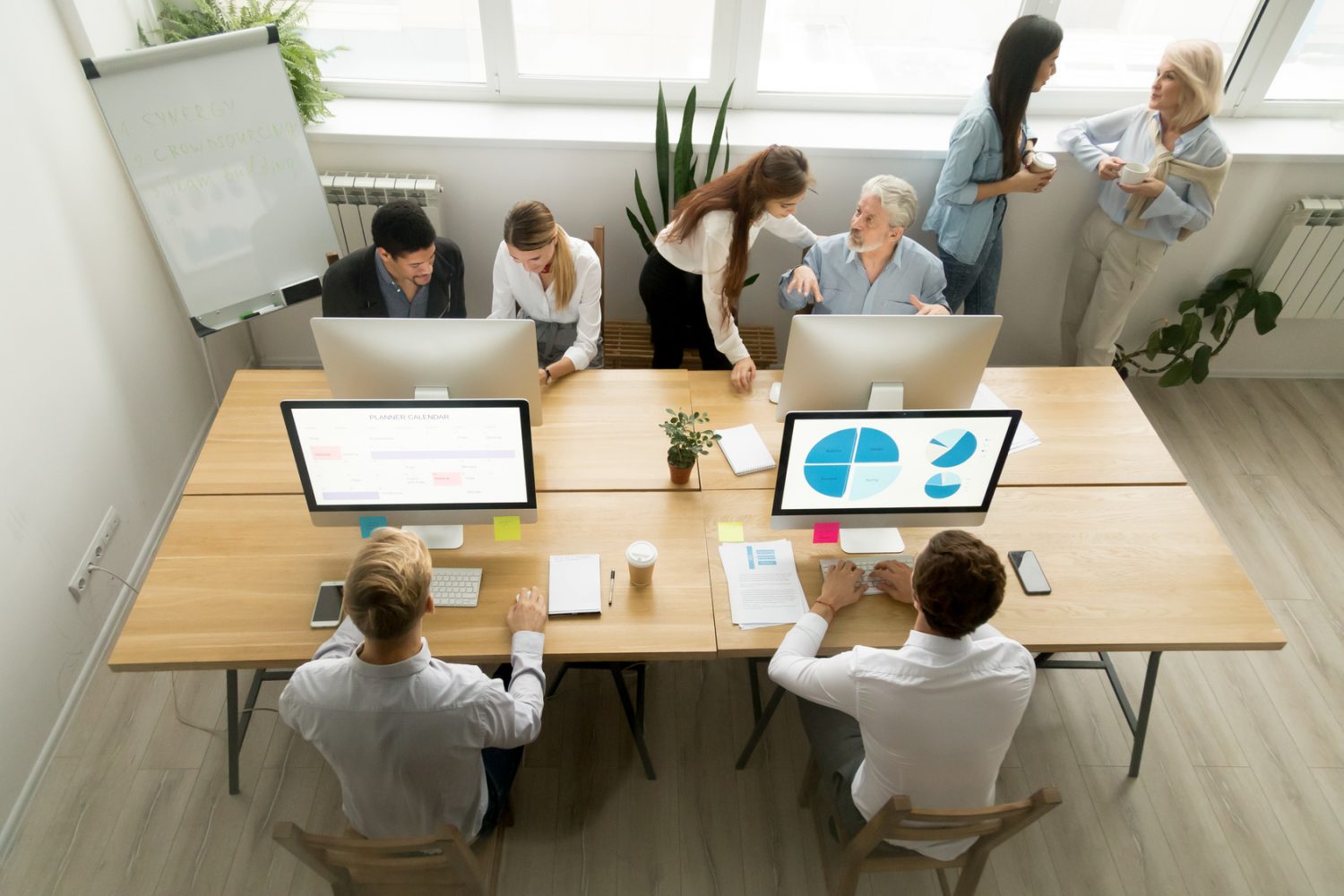 At any given time, in any given workplace, it is expected that up to three, even four, different generations share their economical thinking and acting. From the youngest of the interns to the most seniors of the management. They are all working together with a common goal: move forward. Each generation has, however, their own, unique way to see the world that surrounds them.

It goes without saying that whatever the largest generation does, thinks and cares about, will shape their actions, and therefore also the (re)actions of those who target them as business partners, or customers. From large consumer goods corporations to small public organizations, as of 2019, the Millennials represent the gross of the population and that is why we are hearing so much talk about them, actually us. They are now the ones that dominate the workforce, the ones with the purchasing power. That makes them the prime target of not only other millennials, but of any generation in the game.

The way they act, think, spend, plan, breath, are analysed in order to know what they want, how they will spend their money and where they will invest. Naturally, that will also reshape the concept of Business Events.

This generation has lived the evolution of the smart technologies, have become experts in VFX (Visual effect) and know how to discern fake news from real ones. They are overly exposed to all kinds of ideas, thoughts and movements, making it harder and harder to keep their attention, to impress them, and ultimately to attract them to your core message and offering. Never before has a generation been so aware of the attention it gets, and never before has a generation deliberately taken advantage of that as much as Millennials do. They know they are the customers everybody wants. So they will demand from you – the seller – to show them not only what can you do for them, but they will also expect you, to do all the hard work to wow them.

And this is why within the next few years, we will see traditional business events content and agendas being shifted – even more – to include concepts like playground time, inspirational speeches, augmented reality supported talks and a good deal of environment friendly events.

Because that is what Millennials want: a world where learning and working is not a duty, but a way to have fun, a world where anyone can inspire anyone, not only the powerful but any Jane or John Doe. A world where all opinions are respected and different points of view are up to be discussed. A world where the already thin line between technological dream and reality gets every time thinner and thinner.

Event owners, organizers and players alike have the job to look and observe, analyse and predict what the coming generation expects, likes and needs; to make sure those business events in all its formats keep playing an important role in our live communication world.