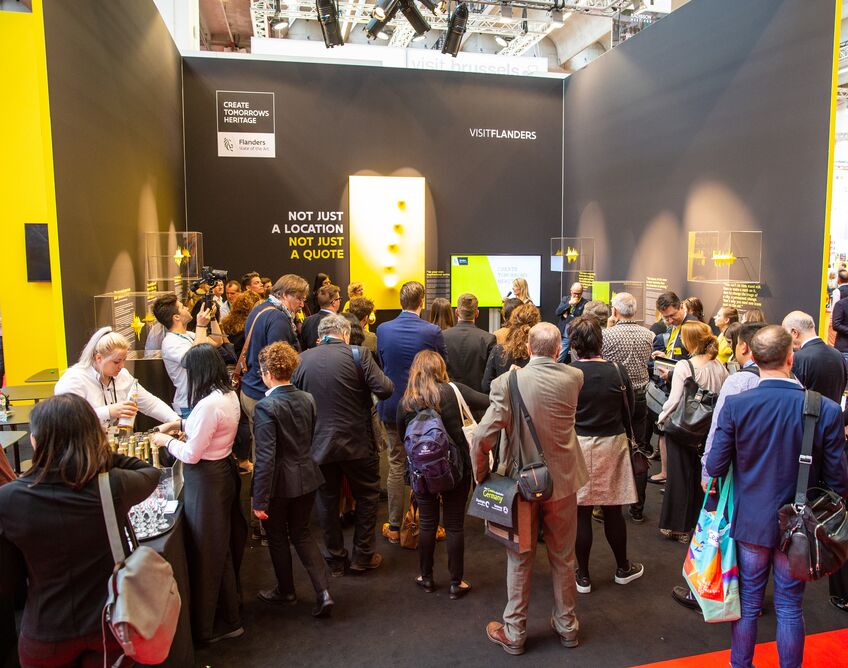 After IMEX three years ago I wrote a blog about the difficulties for the business events industry to be taken seriously by politicians and other stakeholders when visiting a trade show such as IMEX and being surrounded by “clowns”. There was a never-ending menagerie of green hulks, “funny professors”, ladies with “banana hats”, Canadian Mounted Police (but not really mounted though), all passing along in the aisles of the show floor.

My question then was: “Will we ever be recognized as invaluable assets for the (economic) development of cities, regions and nations, while still acting as a circus?” My conclusion was clear: NO. Not if we continue in that direction.

I urged all involved partners to change behaviour and to show our responsibility and to act as a serious and important player in destination development and knowledge transfer. Exhibitors and the media can show the way. Let’s focus on understanding the client’s needs in terms of infrastructure, research and development within universities, trade and industry. Let’s put attention into learning skills and in issues like sustainability, safety and security etc.

I reached out for a discussion on the matter, but got very little direct response.

However, and probably not as a result of my outcry, a lot of things have happened during the last three years. Projects as “The Iceberg” have been launched; the German Convention Bureau has initiated nationwide projects based on “knowledge and industrial hubs”; the term “legacy” of business events has been introduced (and maybe “over used”); many convention bureaux have been re-located/merged with local or national business entities instead of being a part of visitor/tourism entities, etc.

And what about the IMEX 2019? Yes, the “funny professors” were still there, and some other “figures in costumes”, but there is a visible and tangible change. It seems like we have started to grasp the fact that we are a part of an industry bringing knowledge and wealth to destinations. We are an unmistakable part of the development and growth, helping and supporting knowledge and trade exchange. Lubricating the development machinery, to make decisions happen and investments to be done. Brains to challenge each other. Finding solutions and solving major problems.

During this year’s IMEX, the region of Flanders was probably the destination that presented the most remarkable change in showing how a destination can showcase itself. They will probably lead the path for an even more challenging and interesting way to attract clients. They really did focus on key trade & industry and knowledge areas within Flanders.

Visit Flanders also has a very interesting approach in implementing a regional business event strategy. The regional convention bureau has employed staff whom actually knows in depth local destinations as Bruges, Antwerp, Leuven, Ghent etc., with the clear task to support the local destinations in the overall regional development. Instead of just talk the talk, they actually walk the talk. Very smart thinking.

So, what is my conclusion after IMEX 2019 then?

YES, I believe we are on the right track to be considered as an invaluable asset for the (economic) development of cities, regions and nations. And in some parts of the world, we actually have already achieved it.