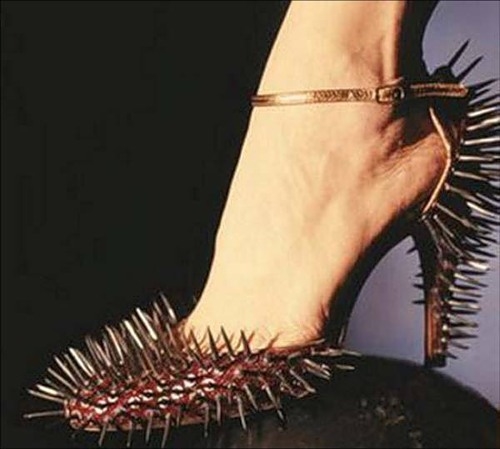 I am a woman. I have been working in various fields for the last 30 years, and the only working place where I have not been approached by a male in a higher position than me, with some kind of “lecherous propositions”, is where I work now: my boss is actually my significant other.

I am not sure if those encounters are the “rule” for women working in still male dominated fields, or I just happened to have bad luck. Fact is, it never crossed my mind to report it. I did not think it was something anyone else but me should deal with, and so I did. I took care of the situation – and lived with the consequences – as for every decision we take in life. I had my priories clear: my integrity came always before my job. And believe me, as a single parent I needed a job and a salary.

One of the first things putting women off reporting any sexual harassment is the fact that in most cases, there are no signs or means to prove what happened. Moreover, that applies to both victim and perpetuator.

It is, therefore, a double-edged sword. It is hard to prove it happened, but it can be equally hard to prove it did not. With a simple accusation, you can ruin someone’s career, reputation and personal life. For good.

Do not make the mistake of thinking these kind of false accusations do not happen. They do, and more often than what we would like to admit. And thanks to the Social Media, it might as well spread like wildfire.

There can be many reasons why somebody (alas mostly women) will use now this weapon as a way to protect their position or even acquire a new one. However, I am afraid this could lead to a much bigger issue. My worries – as a woman born in the sixties – are that we might will encounter a new “handicap” for receiving a job.

After all, we have been fighting for all these years … women of my generation were not easily given jobs, because they could get pregnant, generating extra hassle for the company. With what we have achieved so far, it would be now really stupid, if companies would not consider hiring women (instead of men), and when the skills are about the same, for the panic of been accused of improper conduct.

With this, I do not mean women should accept any wrong behaviour, in order to be given a job. Of course not, but I think we need to start dealing with our issues in a different way, and only bringing it to the authorities when it really is needed.

We also need to draw a line between harassment and abuse. My male colleague greets and hugs me every day when he arrives at the office, and he is not my husband, by the way. Sometimes he also tells me that he likes my outfit. I never, ever felt I was harassed in any form by his behaviour. However, one thing is for sure, if any of his gesture or words would feel wrong to me, I would say so. Directly, with no room for being misunderstood.

Women should stand straight and be fierce. If a colleague is making unwanted moves, women should be brave and make it clear that she is not interested. If a man in a higher position uses its power in order to get “favours”, a woman should stand by her integrity and refuse, and then report.

If a woman accepts an indecent proposal for fear of what might happen to her career, it only perpetuates this kind of uncivilised attitudes and behaviours. She becomes a silent, agreeing partner of that crime. Silence and acceptance will only backfire.

So do not make that mistake. Stand up, but stand up straight.